What is Sliding Windows

Sliding windows are the most convenient window constructions, the system of which looks as follows:

Sliding windows are easy to use, unpretentious in maintenance, save space around the window, and are endowed with excellent technical characteristics. However, it is worthwhile to note that installation of the sliding windows should be performed by a specialist, as apart from the need for an additional niche in the window aperture which a master should properly equip, the sliding windows require adjustment. This way the owner will not have to make any further adjustments in the future. The care of the sliding windows is very simple. Periodic wiping of the frame with a soapy solution, glazing agent and cleaning of the rubber seals twice a year from dirt will suffice. To extend the life of the hardware of sliding windows, you should brush lubrication on the mechanism and make sure no plaster or paint gets in.

Sliding windows are an excellent ventilation system, so they can be installed in any room of the house, no matter which side of the world the room is oriented towards. If it is sunny, an additional coating on the glazing of the sliding windows will protect the space of the room from excessive solar radiation. In any case, thanks to sliding windows, the room will be filled with freshness and natural light throughout the day. The remarkable aesthetic qualities of sliding windows will enhance the interior and exterior of the building.

The most common configuration that allows for maximum ventilation during the day is as simple as two identical sashes that make up the complete sliding window layout.

This sliding window configuration is represented by three equally sized casements, where the central sash is a fixed structure, and the casements on the sides slide into the centre. They can also be tilted.

This is a three-leaf sliding window, in which the central sash is fixed, half the width of the window, with the other two quarter-width sliding and tilting sashes.

This type of sliding window also has three casements, where the central casement makes up three fifths of the total width of the window, and, as in the other configurations, is fixed, and the two side casements, one fifth of the width, are sliding and tilted.

Our operators will answer any questions

We produce sliding windows of the highest quality; offer the best value and the best service! Thanks to modern equipment, highly efficient technology, cooperation with the best suppliers of raw materials and components, and professional window craftsmen, we produce the best products on the window market. Many years of experience in successful activities confirm this!

Ready to review?
Mike Lyons Prestige Plus is an exceptional and highly talented company and it’s a pleasure to post this review. Both Sergei and Alex generously spent considerable time up-front discussing my requirements (principally mitigation of intrusive neighbourhood noise and enhancing thermal control levels re multiple bedroom windows) plus all aspects of the complex job right thru installation. Their professional demeanour and depth of expertise were all well appreciated as well as their consideration and listening. In short - they cared. Meanwhile, highly-efficient ace Rochelle shone in the office. I’m a perfectionist and maintain meticulously high standards and expectations re complex, high-value work undertaken in my home. Prestige Plus did not disappoint and I’d use them again for any similar future tasks - unconditionally. Well done…! (And Alex’s broad post-install smile is still worth gold.) Rgds M
Lyn N Wonderful service from Wayne!!! Came to our home and found what the issue was with our windows. Super helpful and great advice. Thanks Wayne! Highly recommend 10/10
Rohan McAlpine Great quality product and installation team all at a fair price. Great improvement to our home as a result. 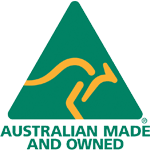 Our MissionOur Process Our Team Reviews Terms And Conditions Of Trade

Delivery and Installation Warranty and Service